Ecuador's US Ambassador Nathalie Cely visits Chicago Perishable Center with deligation of Rose Growers from Ecuador May 15 in Chicago to kick off national Keep Trade Going Campaign. The goal of the campaign is to enable the business community and general public to know the facts about trade with Ecuador and why many sought-after Ecuadorian products may become more difficult to find after July of this year. The campaign website, to be launched soon, is http://www.keeptradegoing.com.
Ecuador produces the greatest roses in the world, according to many flower aficionados. Approximately 30 percent of the roses purchased in the United States are imported from Ecuador. Ecuador exported $400 million worth of flowers, in estimated market value, to the United States in 2012. Other high-quality Ecuadorian products that are exported to the United States include quinoa, broccoli, artichokes, tropical fruits, tuna, tilapia, coffee, chocolate, cacao and processed food. "All of our major exported products are excellent, but we're especially proud of our roses," said Borys Mejia, Trade Commissioner for Ecuador in Chicago. "Ecuador is blessed with the perfect climate and soil conditions for rose production. When people want the best, they choose Ecuadorian roses."

In 2012, the United States imported nearly 9.3 billion dollars' worth of Ecuadorian products, according to the United States Census Bureau. For more than a century, Ecuador has been a strong trading partner with the United States. Since 1991 trade relations have been under two key trade preferences agreements: the Andean Trade Promotion and Drug Eradication Act (APTA/ATPDEA) and/or the U.S. Generalized System of Preferences Program (GSP). These trade preferences agreements have allowed Ecuador to export products to the United States without paying an import tariff. This has helped keep the price of Ecuadorian products down while enabling Ecuador to be competitive with other exporting countries. But these agreements are due to expire on July 31, 2013 and without quick action from the U.S. government, when the agreements expire a highly increased tariff will be imposed, and the price of imported Ecuadorian products will go up.
The "Keep Trade Going" campaign is one method that Ecuador is using to encourage the U.S. Government to renew the ATPDEA and GSP so that Ecuadorian products will continue to be tariff-free. As an alternative, Ecuador would like to have more of its products classified under the GSP.
"Trade relations between Ecuador and the United States are very positive. The United States is Ecuador's principal trading partner, and our business activities are important sources of jobs in both countries," said Mejia. "Renewing these trade preferences agreements and re-classifying some products under GSP would mean that trade between Ecuador and the U.S. could continue seamlessly while the two governments continue to develop new mutual cooperation agreements that could be broader and more far reaching. New trade preferences agreements with a broader extent in other cooperation areas would help Ecuador and the United States enjoy a more predictable and stable trade relationship while putting in place additional policies that benefit both countries."
The key mission of Ecuador's Chicago Trade Office is to reach out to the business community and the public. "It is important that we continually let businesses and the public know the value of our products to both the Ecuadorian and American economy," said Mejia.

One key outreach effort on the part of Ecuador's Chicago Trade Office, during the past year, has been to work very closely with the investor group that is establishing a new Chicago Perishable Center within O'Hare airport. It will be located in the former Lynx Cargo Building at Mannheim Road and I-90, in the northeast corner of the airfield. This new state of the art Center, which will officially open in the third quarter of 2013, represents the first time in decades that Chicago will be a destination to which exporters can directly ship their perishable products. U.S. cargo airlines are planning to soon begin flying directly between Ecuador and Chicago.
"The Chicago Perishable Center means that Midwestern distributors don't have to purchase their perishable wholesale products in Miami or Los Angeles, where the major perishable centers are, and then truck them to the Midwest," said Shlomo Danieli, one of the key principals involved with the creation of the Chicago Perishable Center. "Trucking the products from Miami to Chicago typically takes two or three days which, for perishable products such as fresh flowers and produce, can make a big difference in product freshness and shelf life. With a new Perishable Center in Chicago, the products will arrive in the Midwest in fresher and better condition." Danieli predicts that by the end of its first 30 months of operation, shipping to the Center will have reached a rate of nearly $90 million dollars of product per year.
As a major fresh rose exporter, Ecuador views the Chicago Perishable as crucial, since the marketplace within a 500-mile radius of Chicago represents approximately 80 million consumers, based on U.S. Census data. "We don't see the Chicago Perishable Center as taking away import business from Miami or Los Angeles," said Mejia. "Rather, we believe that it will expand the overall availability of imported products from Ecuador in the United States. It will increase our geographic reach to include the greater Midwest area which until now hasn't had access to our products when they are still really fresh."

In preparation for the opening of the Chicago Perishable Center, Ecuador's Chicago Trade Office has organized a series of business-to-business activities that will allow Midwestern importers to meet with H.E., Nathalie Cely, Ecuadorian Ambassador to the United States, and other Ecuadorian governmental representatives and businessmen. On May 15, the Trade Office will host a private preview and tour of the Chicago Perishable Center and, at a special reception and dinner later that evening, meet with business and political leaders to discuss its vision for a continued prosperous and mutually beneficial trade relationship between Ecuador and the United States.
"Keep Trade Going" to be featured on the "L"
The Chicago public will also delight in the "Keep Trade Going" campaign. Beginning May 6, fifteen train cars on the Brown Line "L" will be wrapped in beautiful images of Ecuadorian roses and food products. The interiors of these train cars will be decorated wall-to-wall with photography and key messages about Ecuador and its products, all under the banner of "Keep Trade Going."

"This is only the beginning," said Mejia. "Through our continuing efforts to reach out and tell the story of Ecuador, we want everyone in the United States to know that the phrase "Product of Ecuador" is not merely a sign of quality and good business, it is also a symbol of our continuing and productive relationship with the United States and the American people. That is something the people of Ecuador cherish."

Midwestern Rose Vendors Will Benefit
One of the Midwest-area vendors of Ecuadorian roses who will benefit from the Chicago Perishable Center is Shelley Rosen, President of Luxe Bloom, LLC., ( http://www.luxebloom.com) a Chicago-based start-up that offers natural long-lasting rose arrangements to luxury business operators on a monthly recurring basis. All of her company's rose products are imported from Ecuador. "Our strong relationship with the Trade Office of Ecuador allows us to keep our quality imports coming to meet our demand," she said. "We support the 'Keep Trade Going' efforts between the USA and Ecuador, as the quality and innovation is paramount to our operation."

About The Republic of Ecuador
The Republic of Ecuador is located on the Equator in the northwest of South America. It borders Colombia and Peru to the north, Peru to the east and south, and the Pacific Ocean to the west. Having a surface area of 283,561 square kilometers, the geography of its four regions is very diverse: Andes, Amazon, Pacific Coast and Galapagos. Ecuador is known as the gateway to the world renowned Galapagos Islands, but the mainland of Ecuador is also a beautiful and varied country with an interesting history and culture, making it an ideal travel destination.
Ecuador's population is approximately 15 million people. The largest cities are Guayaquil (2.6 million people) and Quito, the capital (1.7 million people), and Cuenca (277,000). Quito and Cuenca have been declared World Heritage Sites by UNESCO.
Ecuador is a representative democracy with five branches: executive, legislative, judicial, electoral, and transparency and social control. The President is Rafael Correa and the Vice President is Lenin Moreno. The Ecuadorian Ambassador to the United States is Nathalie Cely. Ecuador is divided into 24 provinces.
The government adopted the U.S. Dollar as its national currency in 2000. The economy is based primarily on oil and agricultural production, with an annual Gross National Product of $127.4 billion in 2012. The economy experienced 7.8 percent growth in 2012, with a 5-year compound annual growth of 4.2 percent, according to the 2013 Index of Economic Freedom.
Read More 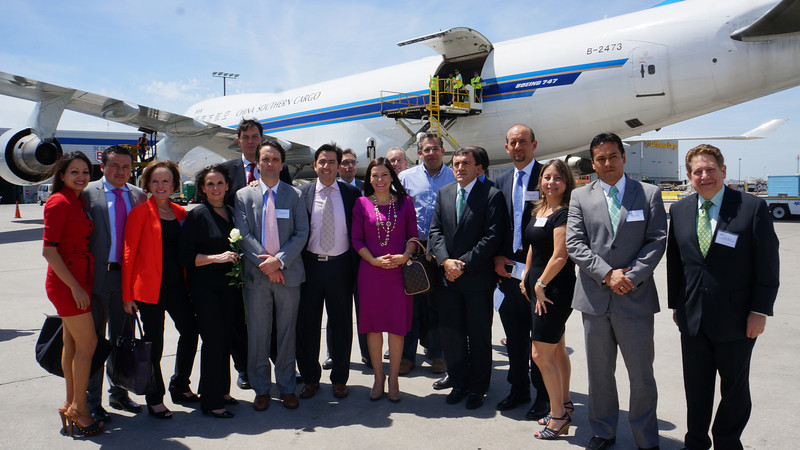